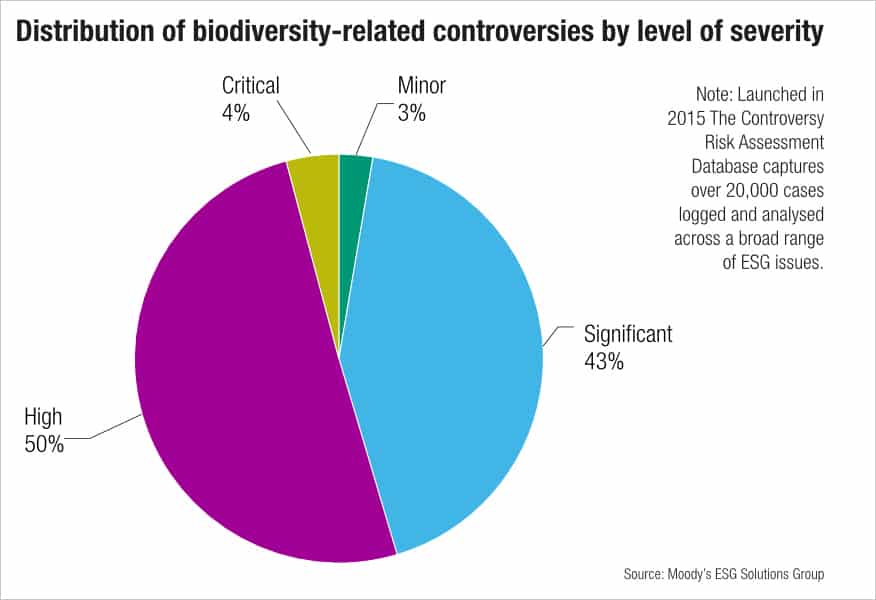 The spotlight on the materiality and impact of biodiversity risk management is expected to intensify in 2021 and beyond according to Moody’s, the ratings agency. 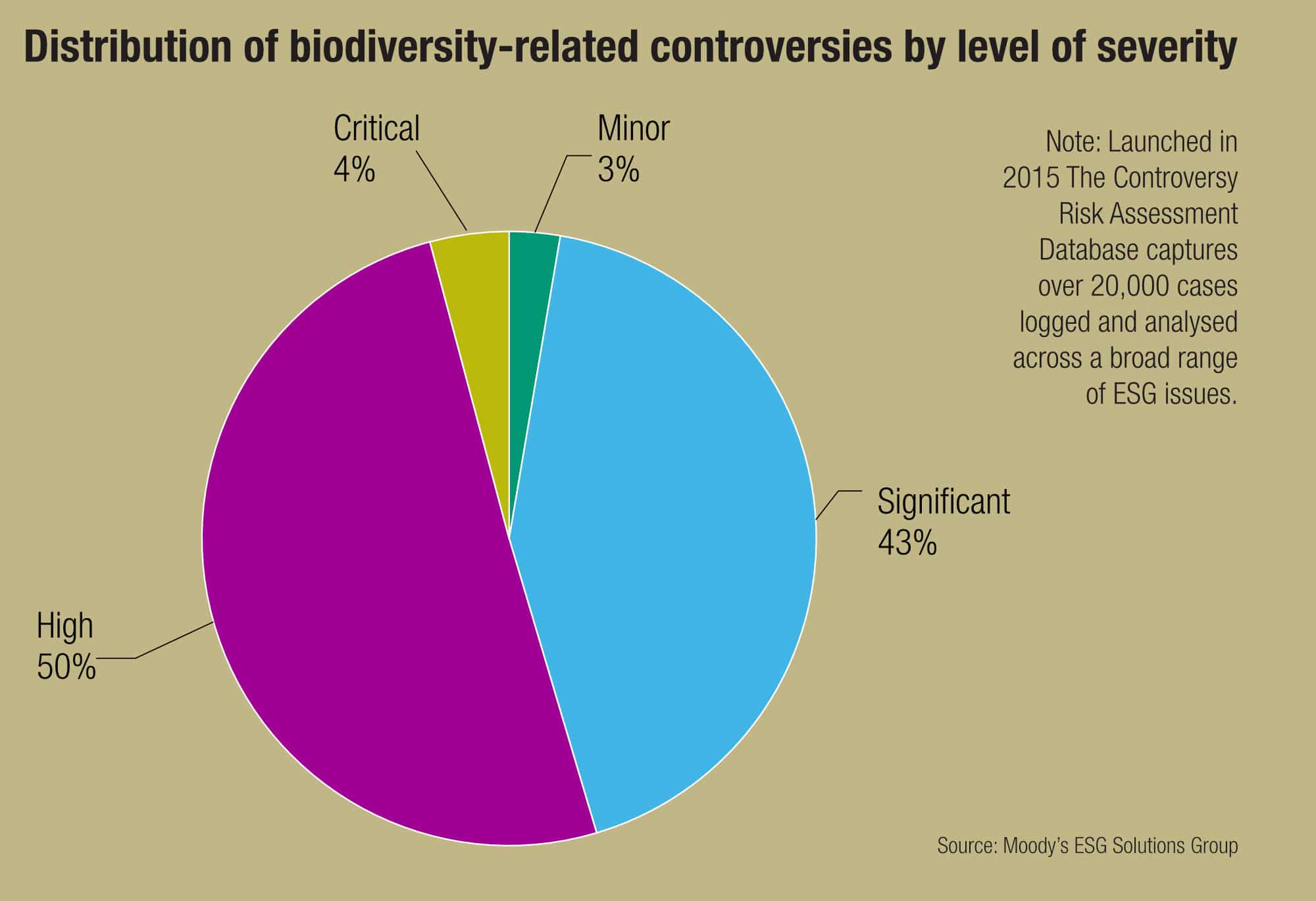 There were 337 individual biodiversity allegations between December 2016 and April 2021, representing 7% of the total 5,097 controversies according to V.E, part of Moody’s ESG Solutions.

Approximately 60% of controversies originate from four countries – the US (90 cases), Indonesia (60), Malaysia (30) and Australia (24). In addition more than half, 53%, of cases came from three sectors – mining and metals, food and energy.

The ratings agency said the Covid-19 pandemic and climate crisis have brought systemic risks, including ecosystem vulnerability and biodiversity loss, into sharper focus. Therefore, the preservation of natural capital will help bolster resilience against physical and transition risks associated with climate change.

Moody’s expects corporate reporting on biodiversity to improve over the next few years driven by standardisation of voluntary disclosures and increasing regulation, such as the European Union’s Sustainable Finance Disclosure Regulation.

The Taskforce on Nature-related Financial Disclosures (TNFD), was launched this month to deliver a framework for organisations to report and act on evolving nature-related risks under co-chairs David Craig, CEO of Refinitiv and Group Leader of Data & Analytics Division at London Stock Exchange Group and Elizabeth Maruma Mrema, Executive Secretary of the United Nations Convention on Biological Diversity.

TNFD said that in its first year it aims to build upon the success of the Task Force on Climate-related Financial Disclosures. The new framework for nature-related risks will complement the TCFD’s climate-related framework, to give companies and financial institutions a complete picture of their environmental risks. The TNFD framework will be tested and refined in 2022 before its launch and disseminated in 2023.

The beginning of the big carbon age?

The voluntary carbon trading market has failed to meaningfully develop but that could change...
Read more

Nearly half, 49%, of asset owners currently invest in social investments or plan to do...
Read more

The beginning of the big carbon age?

The voluntary carbon trading market has failed to meaningfully develop but that could change...
Read more

Nearly half, 49%, of asset owners currently invest in social investments or plan to do...
Read more
SustainabilityESG-Data
Previous articleThe best of both worlds : Lynn Strongin Dodds.
Next articleLSE says forced relocation of swaps clearing to EU would harm bloc