Mary Bogan looks at whether banks can regain the public’s trust?

Once the very model of prudent conservatism, moral rectitude and social respectability in Britain, banks have moved from being one of the most trusted institutions in the country to one of the most abused, despised and ridiculed in little short of a generation.

From the ill-judged moves and excesses that resulted in the financial crisis, moving through to the outright deceit and ineptitude that drove Libor-rigging and the mis-selling of PPI to consumers, or hedging instruments to small businesses, the integrity and competence of the banks have been tested on numerous occasions in recent years and found badly wanting. When Edelman, the public relations firm, conducted research for its respected global “trust barometer” last year, it found banking and finance to be the world’s least trusted industry sector. The UK ranked lower than anywhere else in the world.

A lack of trust is bad news for any industry but as veteran banker and chief executive of Secure Trust Bank, Paul Lynam, notes the only thing standing between a bank and oblivion is its reputation for trustworthiness with customers and money markets. “The single most important thing a bank has is its reputation. It’s absolutely paramount,” he says. “When a bank finds itself with a reputational crisis, like Northern Rock or Lehman, it finds itself in a very bad place very quickly.”

Trust and confidence may be the stuff that staves off bank runs but it also plays a role in boosting operational effectiveness and organisational performance. High-trust companies, in which employees trust and respect leaders and feel trusted and respected themselves, have a greater shared sense of responsibility and accountability for organisational performance and customer service, according to research.

In one study by Cornell University, employees working in business units where managers followed through on promises and demonstrated the trustworthy values and behaviours they preached were substantially more profitable than those that did not. So strong was the link that a one-eighth point improvement in a business’ trust score led to an increase in annual profits worth 2.5% of revenues.

High-trust organisations also deal more quickly with the unexpected, react faster to change and are more resilient in a crisis because stakeholders stay on-side. In addition, they win a licence to operate in society free from onerous regulation. “Trust is very powerful asset,” says Richard Sexton, a partner with PwC and an adviser to the World Economic Forum’s recently launched project exploring the leadership, trust and performance equation. “It is ‘the great brake’ in business. With good brakes on a car, people will go faster because they trust the brakes.” By contrast distrust is ‘the dodgy brake’ which forces everything in business from decision-making to innovation to slow down and non-productive activities such as data collection and monitoring to become major preoccupations.

The importance of repairing the business brakes and winning back trust both inside and outside their walls has not been lost on the banks. When Barclays ousted the colourful US investment banker, Bob Diamond, from its chief executive post and appointed Antony Jenkins, a low-key individual from the retail business, it was an outward sign that change was afoot.

Since his appointment in 2012, Jenkins has made a big play of putting ethics back into banking and ending a 30 year shift to short-termism. Openly apologising for the bank’s misdemeanours, particularly in relation to the Libor scandal for which the bank was fined £290m, he has taken over 100 of the bank’s most senior executives away from their desks to examine the causes of reputational damage, asked staff to examine decisions for their impact on society and the bank’s reputation and linked remuneration to values. However, when the bank recently announced a 10% hike in the 2014 bonus pool, despite a 32% drop in profits, all promises of change began to sound hollow. 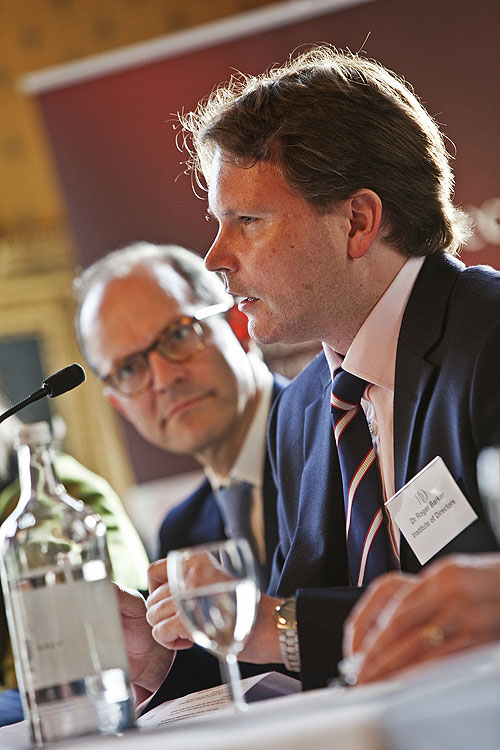 “It’s easy to send people on courses and publish ethical codes of conduct. But one of the real drivers of culture in any organisation is pay,” says Roger Barker, a former investment banker himself and now director of corporate governance at the Institute of Directors. “What Barclays appears to be saying is, look, if we don’t pay very substantial amounts of money to a significant group of people in the bank, they’re going to walk out the door and get jobs in New York or Singapore. That’s what makes you dubious about how much the culture has changed. People are going on workshops but they still, apparently, have no loyalty to the bank nor have they bought into the new values.”

HSBC’s recent attempts to get round the European regulators’ bonus cap by paying bankers extra cash in the form of allowances has also attracted attention. “Personally I think the bonus cap is a flawed piece of legislation but you can see why people view banks’ effort to bypass the cap, so as to reward themselves, an act of untrustworthiness,” says Dr Graham Dietz of Durham Business School.

If banks really want to win back trust, says Dietz, they will need to demonstrate the three attributes that characterise all trusting relationships – namely, technical competence, benevolence and integrity.

“When making the decision to trust a bank, people ask themselves three things. Firstly, does this bank have technical ability and competence? Do they, for example, offer good advice, look after my money well and manage my payments correctly? Then, are their intentions benign? Are they setting out to exploit me or are they supportive of my needs and interests? Finally, do they show integrity? Do they act honestly, fairly and ethically?”

A key feature of trust, says Dietz, is it is a risk-taking activity. “When you trust, you make yourself vulnerable. You give your trust in the hope you won’t be turned over or exploited.”

However, according to Paul Lynam, it’s the unwillingness of the big banks to be straight up with customers and stop exploiting their vulnerability that marks the place where rubber meets the road on the trust issue.

A recent report exploring trust in banking by accountancy body, ICAEW, has also called for greater openness among banks. In particular, it wants them to adopt common and better quality reporting standards so customers can compare disclosures and make informed choices and calls for greater transparency in the way they calculate risk.

In addition, the ICAEW has also warned that many banks, which have added new functionality to old creaking IT systems, will have to replace legacy technology and improve IT security. Otherwise there will be more breaches of competence trust along the lines suffered by Knight Capital, where the failure to retire obsolete software led to a system bug in its automated trading system, or RBS, where two systems failures left thousands of customers with no means of payment.

The RBS case is a classic example of how banks can shoot themselves in the foot. Recently unveiled plans to win back customer trust by introducing greater simplicity and transparency into its business structures and product ranges, for example, are likely to fall on deaf ears if basic banking services cannot be guaranteed.

If banks fail to rebuild trust with government, employees, customers and wider society, a more radical overhaul of industry could well be on the cards. Lynam reckons “challenger” banks like his, for example, which operate transparent pricing policies and allow their customer satisfaction scores to be independently assessed and published by an external agency, are being given a lot more airtime by politicians persuaded that greater diversification and competition in the industry would lead to greater transparency, openness and a better deal for customers.

However, new market entrants will continue to be disadvantaged, he says, while the ‘too big to fail’ government guarantees behind the big banks mean they never pick up the bill for their own mistakes and can borrow in the markets at preferential rates even when their credit ratings fall.

Meanwhile, Bill Michael, EMEA head of financial services at KPMG, argues that a ‘geopolitical’ storm is blowing the industry on a new trajectory, making the universal banking model unsustainable. “The craving for national containment is becoming greater than the desire for economic growth,” he said in a speech to the bankers’ association, the BBA. “The national segregation of capital and risk is becoming more important than the unimpaired flow of liquidity and capital across borders and the fear of depositors losing money is leading to country-led separations of retail from investment banking. In short, the storm is blowing us towards a place where countries come first. And a world where countries come first is not a comfortable place for global banks to be.” 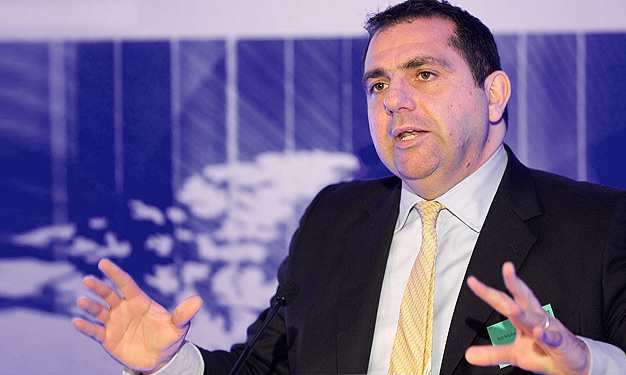 If Michael is right, then the seemingly irreconcilable marriage between the cultures and rewards underpinning investment and retail banking divisions might finally come to an end. If it does, the task of building trust could suddenly get a whole lot clearer for the leaders of the big banks.