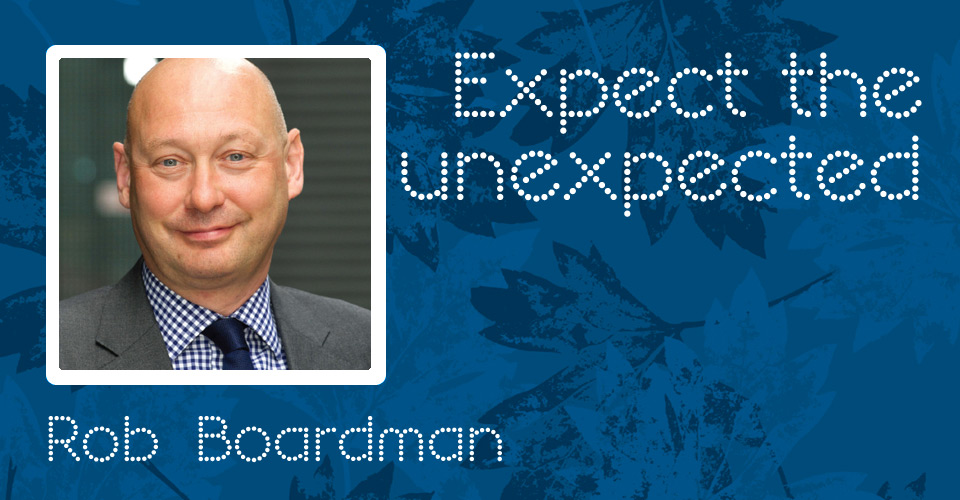 Rob Boardman, CEO EMEA at agency broker ITG offers his account of the impact of the global financial crisis and Lehman Brothers’ bankruptcy on the markets both then and today.

Casting back ten years, what do you recall about the collapse of Lehman. Were you surprised they let the bank fall?

What’s amazing is that nobody really knew what was happening, from Hank Paulson at the US Treasury, to the man on Main Street, there was really very little precedent. The whole financial system was threatened and we didn’t know who the casualties were going to be. There was no playbook so no-one could predict individual events, creating a great level of fear. That is a situation I hope will never be repeated.

It exposed weaknesses in the system that many people were not aware of. Supervision of banks. Capital levels. The nature of securitisation of instruments. The amount of collateral that was put up. The limited diligence of counterparties. The amount of fear and uncertainty firms experienced set up the subsequent response in which there was an effort to restore order and structure.

At the time of the crisis, I had just arrived at ITG, and I have to say it was a great time to have a flat book, which we had being an agency broker.

What lessons have we learnt since and still need to learn?

In the derivatives space, the action to introduce mandatory clearing was one of the steps which I would applaud. There are still a few loopholes but generally that has improved. The Pittsburgh G20 Summit in 2009 was the key meeting for identifying weaknesses in the system.

There were also elements of overreach, such as looking at the equity market at certain points. But it was such a scary ride it was natural that regulators had to look at everything.

Markets fell, there were recessions around the world. It did tremendous damage, with significant job losses on Main Street as well as Wall Street. That really continued until 2013 when things started getting back to normal.

That was followed by events which Michael Lewis’s ‘Flash Boys’ book raised, around market structure and relationships, which again led to questions about what the regulators knew, it came close to accusing people of misleading clients.

Although the crisis had been macroprudential in origin, following it we saw things like the remuneration code, and transactions taxes in some countries. There were other knock-on effects that have changed the way people engage with the markets.

In addition, capital adequacy rules have impacted the willingness of banks to carry risk.

How has the buy and sellside relationship changed?

The crisis led to a tidying up of compliance on both sides, particularly around conflicts of interest. So much so that some buyside professionals are now wary about being bought a cup of coffee. It is a bit of a shame that it has reached that point, although I can understand what sits behind that; persistent conflicts of interest had to be addressed.

What brokers and asset managers say to their clients is under a lot of scrutiny. Brokers have been fined for misrepresentation to their clients. Communications have to be recorded, and auditable, whilst on the buyside transparency to end investors has increased considerably. For example, disclosure under the packaged retail investment products (PRIIPs), Key Information Documents (KIDs) and the new Markets in Financial Instruments Directive (MiFID II) involves a lot of reporting to clients, and regulators.

Overall, there is not only more reporting, but also checks on compliance, in step with the three-lines-of-defence model for risk management.

The days of people just trusting each other are gone. Personally I feel that it’s lamentable that the days of ‘My word is my bond’, the motto of the London Stock Exchange, have passed. That means that trust is still needed, but its nature has changed.

How has technology changed the industry but where do you also need the human touch?

You always had to assess both the technology and the people you were trusting, but the increased automation of trading, through the use of trading algorithms, the use of execution management systems, means that you not only need to trust your contacts at your counterpart, you need to test the systems at that company in order to trust them, and you need to quantify their performance.

The reputation of individuals was more important 20 years ago. Now, the trust you put in a firm’s product platforms, results from transaction cost analysis (TCA) and the quality of execution you get. Of course commission rates are much more competitive nowadays and quality of service is interpreted differently if it is electronic.

We estimate more than half of commissions are now paid for electronic trading, so by its nature it is a different type of coverage that firms are receiving and getting paid to provide. Although some of these changes were not triggered by the financial crisis, many of these technological and regulatory changes were happening at the same time – such as MiFID I in 2007 – and so they cannot be separated. Together they have created a very different way of working for people.

There are predictions given the high level of personal and public debt that another crisis could happen. Do you think this is the case and if so are we better prepared?

In the prudential sense we are better prepared. A historian of capital markets will tell you we never have the same crisis twice. People don’t make the same mistake, but somebody will make a different mistake. It could be a commodities crash or emerging markets could dive again. Political risk has been going up the agenda, or there might be a sovereign risk.

Trade disputes are also seen by some analysts as a risk. So however well prepared we are for the last crisis, it is never quite the same problem that comes up next time.