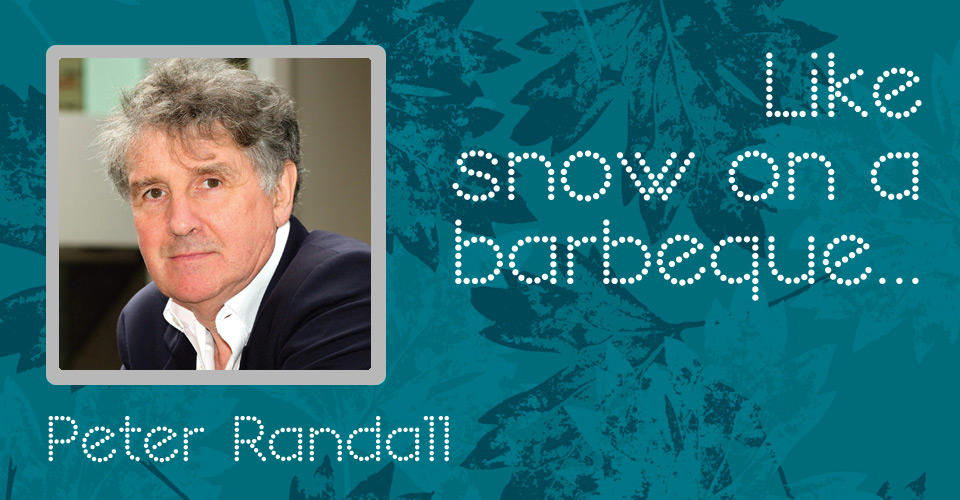 Peter Randall suggests that the challenge for the financial services industry is to turn customers into its unpaid employees, and offers a practical guide to achieving this.

Peter Randall serves as SETL’s President and Founder he was CEO from 2016 until 2018. Credited with revolutionising the equity exchange market in Europe through the establishment of Chi-X Europe Ltd, Peter led the company’s growth as founder and CEO, from an unknown multilateral trading facility to become one of the top 5 trading venues in Europe by volumes traded. Prior to Chi-X, Peter was COO at Instinet Europe Ltd, and Executive Director of FIX Protocol Ltd. Peter was educated at the London School of Economics and the University of Oxford.

The themes of the past decade continue to play out and still have the power to surprise. Perhaps the most significant theme has been the continued intervention in the market place by regulators. Whilst this is welcome on consumer protection grounds, the net effect on the quality of markets and liquidity will only be seen in the next crisis. It appears that in the interests of making us all safer the regulatory response to the last crisis was to concentrate risk in clearing houses. The assumption being that additional collateral would somehow reduce risk. In real terms increasing the insurance premium doesn’t make risky behaviour any safer.

Central clearinghouses are not the only risk. There are two new major problems, cybersecurity being one of them, which have recently garnered attention due to the interconnection between major payment systems and global messaging platforms. This also signals a key shift in how financial services firms, central market infrastructures and market participants review risks. There appears to be a decisive shift away from the ‘hackathon’, open source, and ‘all will be well’ spirit that previously inspired market participants into a more considered and risk assessed process involving proper due diligence and adherence to standards such as ISO 27001.

The second risk, whilst often unremarked, but seemingly becoming more germane is the thorny issue of behavioural economics in an environment where interest rates, which have been close to zero for the last ten years start to edge up again. It would appear that the future of many of the ‘new economy’ fetishes such as crypto-currencies and ICOs (initial coin offerings) will disappear as fast as snow on a barbeque. The destruction of so much perceived value as participants head to the door will present real matters for policy makers to consider. This is because there is now a large number of participants in various markets under the age of about 33-35 whose ‘base line’ is zero interest rates.

These both interact to amplify the existing and traditional risks that have always existed in the markets around instrument selection, venue stability, financial probity and regulatory imprimatur.

The past decade has not been without its own highlights and needs to be set into its historical context to fully understand its significance. Essentially, it can be observed that about every decade something new has come along in markets and market technology that has changed both the economics of the market and its practices. In the 1970s the story was SWIFT, which revolutionised the interbank payment practices of the industry and offered the opportunity to move away from tested telexes and associated processes. During the 1980s the principal innovation was the dematerialisation of many traded assets away from paper and onto electronic ledgers. The lacuna in that exercise was that nearly every asset was recorded in a different way on many different ledgers and standards took time to emerge. The final decade of the twentieth century saw the conception, establishment and operation of many of the leading central market infrastructures such as the DTCC, Euroclear Bank and CLS.

The first decade of the twenty-first century could be characterised by the technology that was deployed into the front office processes of the broader market. This was enabled in part by the rapid take-up of FIX Protocol and the ability of various participants to be able to connect to counterparties electronically in a conformant way. Perhaps the most inspiring example was the foundation in May 2000 of a company in Atlanta Georgia, which less than 150 months later took over the venerable and storied NYSE. Of course ICE is the stellar exponent of combining technology, customer service and connectivity.

On the basis that every decade or so sees a new focus emerge, it would appear that there is a strong case that the second decade of the twenty-first century will see a shift from improving the process flow of the front office to reforming the terrible mess that is ‘post-trade infrastructure’. Complex and expensive siloes and monopoly or quasi-monopoly providers vie to introduce complexity, cost and confusion. This is then made even more significant by the introduction of a robust regulatory regime which is not averse to fining market participants for compliance breaches that in many cases are a function of the very complexity that the current system exhibits. Combine this with the global requirement for increased collateral and pressure on capital utilisation and you have an almost perfect storm. Notwithstanding that much of this exercise just creates bigger and more concentrated risks, mainly because they have shifted from bank balance sheets to market infrastructures.

Add together the potent mixture of regulatory fiat, further systemic complexity and technological innovation and it becomes clear that the resolution of many of the post-trade infrastructure problems will assume increasing importance over the next part of the cycle. Many market participants are looking to technology solutions to help ameliorate these dependencies. The most frequently mooted are those that are predicated on financial services finally embracing the digital promise and turning their customers into ‘unpaid employees’. Blockchain has been at the forefront of this evolution.

When we started SETL these themes were uppermost in our minds: speed, capacity, cyber-security and privacy. We saw them as the minimum requirements for the successful deployment of infrastructures needed to dis-intermediate and disrupt the incumbent providers. We strongly believe in the need for permissioned ledgers as opposed to the ‘in the wild’ services promoted by other providers. This is because regulated financial market participants have to be able to do KYC (know your customer) and AML (anti money laundering) properly, and need to satisfy themselves as to the identity of their counterparties.

We also believe that the need for an external agreement covering all the operations of the system and the service is essential. That is because resolving disputes between market participants will ultimately be a job for the lawyers who opine as to the meaning of contracts not to the effects of ‘valid Java commands’

To the commentariat – that describe block chain as a solution in pursuit of a problem – there is only one observation. The problem is the ‘cost’ of the current system and just as previous technological imperatives – as detailed above – reduced complexity as well as cost, so blockchain will be added to the roster that will make a real difference to the operation of the global financial markets.

CUTTING THROUGH THE NOISE. Lynn Strongin Dodds explains how Blockchain is emerging from the Bit ...