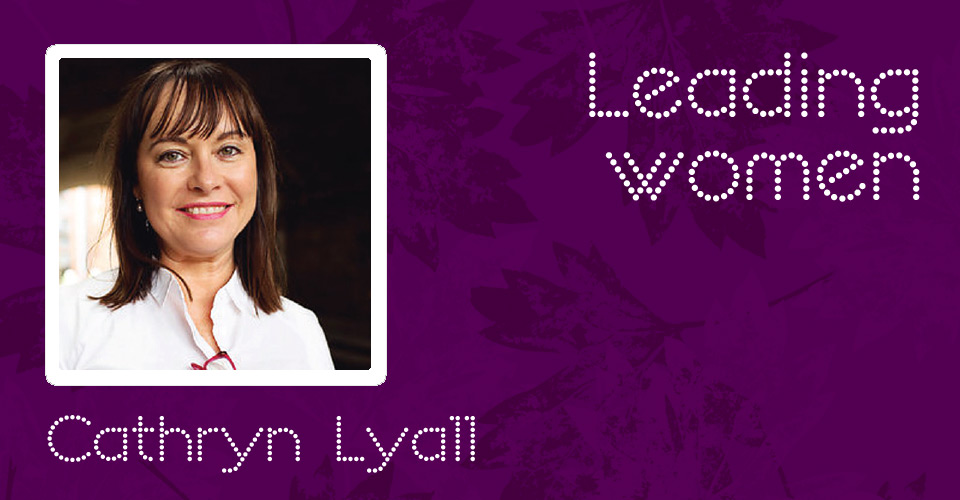 Tell us about your career journey? Was this the field you had intended to go into?

I had never considered a career in Capital Markets. I did my BA in Political Science and English Literature at The Australian National University after swapping away from Economics and decided at the end I would go for a job in Foreign Affairs as I loved meeting new people and travelling. I was accepted and deferred a year to travel around Australia, ending back in Sydney for the last 4 months where my boyfriend was a fixed income bond broker. He encouraged me to get a job as a ‘Futures Broker’ as we would work the same hours, instead of waitressing those last 4 months before heading back to Canberra. So I met him in the pub that evening and he introduced me to several futures brokers and one offered me a job starting the following Monday.

That first day was Monday 19th of October 1987 (Black Monday) and I was thrown in the deep end on the broking desk and then eventually down to the open outcry trading floor, where there were very few women traders or brokers. I was completely out of my depth and it was incredibly busy but I managed to take on everything that was thrown at me and I decided to stay. I loved the intensely busy periods on the trading floor and the very smart and humorous people who worked there. Many were generous with their time and advice and I managed to squeeze in an MA, while still working full time. We worked shoulder to shoulder on the floor and after 12 years many of my colleagues were like a second family.

From there I was able to take the step across to management roles in Exchanges which took me around the world with the CBOT, CME, ICAP, BM&F Bovespa, Nasdaq NLX and Curve Global. Trading taught me resilience, self-awareness and the ability to make quick decisions amongst many other things – and I got the chance to work all over the world. These skills gave me the courage to set up my own consultancy business in 2009 at the nadir of the global financial crisis and to also go after NED Board roles. This gave me flexibility with working hours and enabled me to spend time with my twins when they were born in 2013.

I now work in Fintech investing in early stage capital markets firms and every day I am astonished by the lack of diversity in the space. I am using my past experiences to have meaningful discussions with Founders on what good governance looks like, why diversity matters, and what they can be doing in those very early stages where every penny counts to set their business on the path to success.

Looking back, how have things changed over the past ten years in terms of diversity and career progression and what does the industry need to focus on today?

When I started in markets there were very few women in front office roles and on the trading floor particularly. Most employees were put forward by existing floor traders so the pool was drawn from a small circle of mostly all male (and pale) private schools.

There were a few exceptions (me being one of them), but it was also a meritocracy and if you could prove you could do the job you were rewarded. It was very hard to hire female traders in the 80s and 90s but the advent of electronic trading moved the business upstairs into offices and volumes exploded. This led to more diverse roles associated with trading and more women came into the business via legal, finance, compliance and (rarely) technology. The UK lagged behind Australia and the US on the topic of diversity but the last 10 years has seen more avenues open up for women to move through the ranks into executive management and onto boards.

There has never been a better time to be a female in business. It’s never been easier to open up your own company and consultancy gigs are commonplace. There is a lot more support for women, BME, LGBT and ethnic minorities both within organisations and externally and efforts such as the 30% Club, The Gender Pay Gap Review, DiverCity Podcast and ‘Returnship’ programmes are openly discussing the data and helping navigate challenging issues such as representation on boards and getting your career back on track after stepping out to have a family or looking after sick or ageing relatives. Despite all this I still hear stories almost daily in financial services that shows we still have a long way to go. It is an undeniable economic fact that diversity in your teams, your executive management and on your board are accretive to the P&L.

What lessons have been learnt and how can senior managers, but in particular middle managers, drive change and retain people?

The sticky middle is where much of the diversity coming through the ranks starts to reduce significantly, and without this pipeline there will be a smaller pool to choose from at the executive level. Change in existing structures can only be driven from the top. Exec teams need to speak about and act consistently on their diversity and inclusion policies, and the values and ethics of the organisation should be front and centre in all management and compensation discussions.

Separately the younger generations coming through the ranks are voting with their feet if a company does not offer a good culture. Tone from the top matters but so does work environment. Compensation plans at middle management level should include a set of hard diversity & inclusion (D&I) KPIs that bonus payments and promotions are attached to. Once a team’s bonus is withheld for failing to meet them the discourse internally will start to quickly change. Maternity leave and other extended leave should be paid fully, including pension plan payments, and parents/carers should be able to come back to their careers with extra support from the company without being penalised.

According to the World Economic Forum, 2095 is currently the year when women will be paid the same as men. Technology is disrupting financial services in many areas and if we can’t change the current structure by 2025 many traditional financial institutions will find the best talent is choosing to go elsewhere. If we improve culture, make diversity a core goal of the company and put it front and centre of every earnings call, P&L discussion or compensation plan then we will start to see meaningful change.

IT IS NOT THE DESTINATION BUT THE JOURNEY. Rebecca Healey talks to Lynn Strongin Dodds about Co ...

DO YOU KNOW HOW YOUR ORDERS ARE ROUTED? By Henry Yegerman, Global Head of Sales, and Chris Spar ...