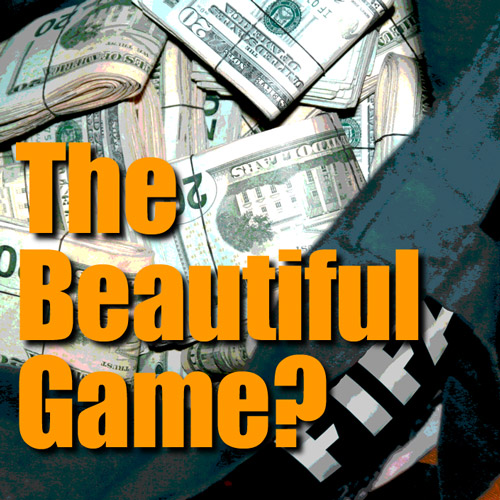 Just when you thought that the banks could not possibly have any more dirty laundry to hang out to dry, the $150m FIFA bribery scandal comes along with US federal prosecutors linking several high profile banks including J.P. Morgan Chase, Citigroup, HSBC, Bank of America, UBS and Julius Baer to an indictment of nine FIFA officials and five sports executives.

None of the banks have been accused of wrongdoing but the Department of Justice (DOJ) is looking into whether any of them knowingly conspired with the accused officials. According to the 116 page indictment some of the soccer officials who were accused of corruption “relied heavily on the US financial system in connection with the enterprise.” Beyond the possibility the banks conspired in the alleged FIFA bribery, there are also questions about whether they were, in effect, unwitting accomplices, by failing to detect suspicious activity or comply with anti-money-laundering or know-your-customer rules.

Swiss prosecutors, in a related action, have opened criminal proceedings against unidentified individuals on suspicion of mismanagement and money laundering related to the awarding of rights to host the 2018 World Cup in Russia and Qatar four years later. Despite these accusations, Sepp Blatter has defiantly won a fifth term as president and the football governing body is holding firm to its decision to support the selections of Russia and Qatar.

It takes time – often too long – for lessons to be learnt. One would have thought that the $9bn levied on banks for rigging Libor would have deterred similar behaviour among forex traders. However, old habits die hard and six banks have just coughed up a record $5.7bn for manipulation of the £3.5tn a day currency markets.

Human behaviour can be changed though and industry participants should take heart that there is light at the end of this long tunnel if recent comments by Martin Wheatley, head of the Financial Conduct Authority, are anything to go by. He noted that the heavy fines were working but patience will be required for the message to permeate throughout the organisation. In many companies, the top level management seem to be on board but those on the shop floor have not yet embraced the inevitable cultural change. Wheatley calls it a “work in progress” but actions always speak louder than words. Senior managers not only have to spread the word but those at the pinnacle who insist on staying may have to fall on their sword.

THE TRANSFORMATION OF THE BOND MARKET. Europe had led the race to electronify credit trading, b ...

TESTING THE CRYPTO WATERS. London-based venture studio 20:30 made the news as the first UK comp ...