Snowflake is more than a passing trend but is becoming increasingly important in the asset management industry with 28% either using or currently implementing the technology with a further 22% planning to deploy it in the next 12 months, according to a survey by Sionic at the consultancy’s Signals forum. 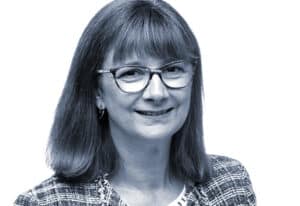 Snowflake is a combination of infrastructure, platform and data as a service that is cloud provider agnostic and multi-cloud capable and although asset managers have been slower than other sectors to embrace the technology there is evidence building of a rising tide of interest amongst the community, according to Clare Vincent- Silk, partner at Sionic.

She notes that this on demand scalable compute with pay as you go access to data at rest is winning over asset managers with its efficiencies of accessing large amounts of data directly in the cloud. It not only reduces data storage costs  but only data used is paid for,

The latest Sionic Signals forum, which had 23 asset managers attend, explored the adoption levels, use cases and benefits of Snowflake.

Vincent-Silk says that one of the key drivers fuelling interest has been the adoption by third parties such as market data providers -. Factset, MSCI and Rimes, and service providers including BlackRock, BNY Mellon, State Street and Citi who are partnering with the firm.

She adds that initial implementations have focused on functional areas such as investment research, finance, sales and distribution. However, it is expected that this will expand across the operational model and potentially even be used as a method of sharing data with clients.

The speed of change in the utilisation of cloud-based technologies has been significant. “Our survey showed that 95% of participants have now implemented cloud technology, with 89% favouring Azure given the Microsoft adoption across most firms” says Vincent-Silk, adding that at the start of 2020, 42% of firms were yet to adopt a public cloud.

She believes that maximising the full benefit from the opportunities offered will require a philosophical mindset change in how data can be accessed, leading to the decommissioning of internal data warehouses and a significant movement onto cloud-based technologies.