The exchange’s UK and France based MTFs offer members trading in around 1,700 predominantly large-cap stocks across 15 European markets. 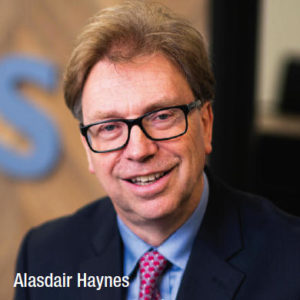 Aquis Exchange operates a subscription-based pricing model which charges users according to the message traffic they generate as opposed to charging them based on a percentage of the value of each stock that they trade.

Since its launch 2013, the exchange said it has consistently increased its market share of UK/Swiss and EU secondary markets trading.

“”I am delighted that Aquis Exchange has achieved another key milestone in market share across a month of trading, “said Alasdair Haynes, CEO of Aquis Exchange Against the backdrop of Covid-19 uncertainty, I am particularly encouraged by this step-up in Aquis Exchange’s market share. I believe it illustrates how we are consistently building momentum and establishing Aquis Exchange as an increasingly major European player.”

As with many other UK based trading venues, Aquis Exchange had to open a European counterparty after Brexit and the lack of an equivalence decision for share trading at the end of last year.

The exchange has launched several initiatives in the last year in a bid to maintain a competitive edge in the UK and European markets,

The most recent has been its own equivalence deal between Aquis Stock Exchange (AQSE), the primary and secondary trading business of exchange service group Aquis Exchange and the Frankfurt Stock Exchange’s Open Market.

This means companies with a quotation on AQSE can seek a dual quotation on the Frankfurt Stock Exchange and vice versa.