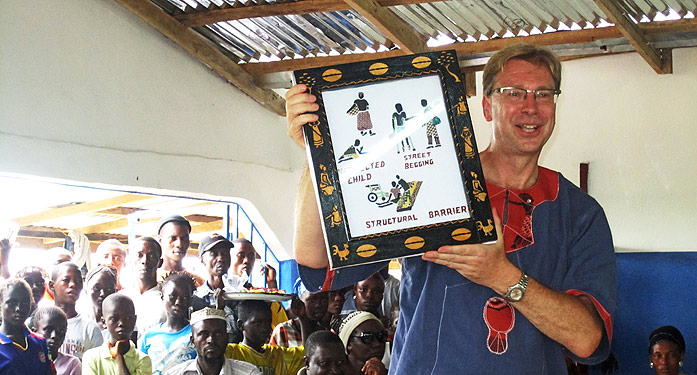 Alasdair Haynes is well known in financial circles as the founder and CEO of Aquis Exchange, and former CEO of Chi-X Europe, as well as spending 11 years heading up to ITG’s international business. However, Alasdair is also the Chairman of Trustees for Children in Crisis, a charity providing children in some of the world’s poorest countries with the education needed to transform their lives. They support children to read, write, think, pursue their life goals and contribute positively to their communities. Through an initiative with the Department for International Development (DfID), Alasdair asks for your support today, so that they can get funding matched pound for pound, by the UK government. Read on and find out how.

Tell us about the work of Children in Crisis

All too often we take our education for granted – as a father, I can testify to the Monday morning blues of getting my sons ready for school. But Children in Crisis recognises that education is the inoculation against poverty; that escaping poverty is more than just about money. It is about having hopes and plans for a future. It is about having dignity and a voice to shape events around you. For countries smashed by war, a quality education is a powerful defence against resurgent conflict.

Where does Children in Crisis work?

Children in conflict-affected countries are often forgotten when the cameras turn away. The challenges seem too huge and the resources too limited. Children in Crisis does not turn away from these isolated and vulnerable communities. We reach out to the tough, remote, unstable places where few agencies venture. We currently have programmes running in Afghanistan, Burundi, Democratic Republic of Congo, Liberia and Sierra Leone.

You visited Sierra Leone and Liberia last year, tell us about this

Since becoming Chairman of Children in Crisis I have been on a couple of field trips* to River Cess County in Liberia and to Kambia district in Sierra Leone to see for myself the work the charity is doing. I was given a warm welcome wherever I went, and very soon realised the great value and respect placed on Children in Crisis and our partners in these areas. I now speak with pride for this charity and all that it does. 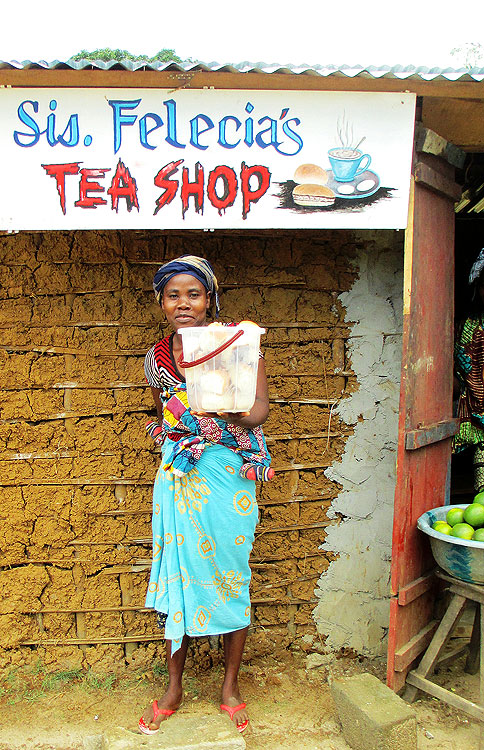 I remember meeting Isata, a disabled girl, in Sierra Leone, who had to climb through the window to get into the classroom because she could not get her wheelchair up the steps. She was so embarrassed by this that she got to school hours before the other children and stayed until they had all gone home. She now has ramps in her school and we are supporting her teachers to take her needs into consideration.

I have seen the resourcefulness of mothers – many of whom never went to school because of the war – who want their children to be educated, so that they can have a better life. Children in Crisis runs vocational training programmes for these illiterate mothers so that they can learn skills like pastry making, tailoring or soap making; they set up small businesses, where they can generate an income and give their children more chances and opportunities in life. In Liberia, one lady, Sister Felecia (left), has set up a tea shop, where she bakes and sells bread and cakes to support her family.

Recent news reports have talked about the state of emergency that has been placed on West Africa with the outbreak and spread of Ebola. My heart goes out to all those I have met in these countries, and hope that they, and their families, stay healthy. Sierra Leone and Liberia have been ravaged by war and a decade on are still trying to recover from its impact. This virus is another blow to these nations. Communities who were starting to support themselves are now in a situation where schools and markets are closed, trade has come to a standstill and food prices have rocketed. I am determined that we do not neglect these communities.

*Alasdair covered the costs of his trips 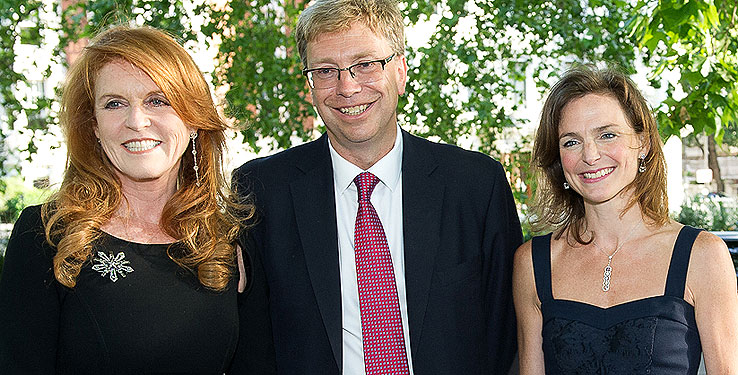 Please join me to secure the funds to bring these communities a chance to learn and a chance in life. It is vital that you act now, as your donation will be matched by the UK government, pound for pound. For every child that you send to school, their sibling can go too. All children deserve the gift of education.

If you share Alasdair’s passion to give the poorest children a chance to learn and a chance in life, you can adopt Children in Crisis as your Charity of the Year. For more information go to:

Alasdair Haynes at a London
fundraiser, with Sarah, Duchess
of York, founder of Children
in Crisis (left) and Alexandra
Buxton, Trustee of Children in
Crisis (right).
Photo: Charlotte Barnes

THE NEED FOR SPEED. Heather McKenzie explains why FPGA is going mainstream. In the world of...
Read more

THE NEED FOR SPEED. Heather McKenzie explains why FPGA is going mainstream. In the world of...
Read more