There are some people who like an adventure and then there is Aparajita Bose-Mullick, Global Product Manager at SmartStream Technologies – Reference Data Utility, who left London to study computer science and physics at Davis and Elkins College in West Virginia, also known as the mountain state, with a population of around 1.8m.

“I originally went to study physics in the US, and I got a maths and physics scholarship to do it,” she said. “In my second year, I was introduced to the stochastic and non-linear systems that are found in particle physics, where cause & effect become scrambled. While maths is the language of physics, computer programming made the modelling and simulation of the topsy-turvy particle world easier to imagine – computing, for me, has always been, an aid to creative problem solving, but not the solution. I still live by that.”
As a result, she changed her major to maths and computer science. “I moved not because I fell out of love physics, but because I realised that cause & effect can also become scrambled outside the natural world, too. That thought was fascinating. Computer science is a tool, in the same way that maths is a language. I studied at a Liberal Arts school, so I crossed paths with all sorts of people, with differing backgrounds. And America is a big country where different states have their own cultural identities.”

Bose-Mullick was also open to different career paths. Her first job in 2000 was as a consultant at Nortel Networks, a mobile telephony company, during the height of the dot.com boom. “Consultancy took me around the world,” she adds.” I already had an international education, so consultancy supercharged that. It helped me develop tactical and strategic thinking, because I understood that culture impacts business – it works at different speeds and has different approaches to problem solving – it’s the ability to look at an obstacle from different angles and apply the best one that you feel is the most suitable, at that moment in time.”

The next big rung on the ladder was with US-based Tamale Research Software as director of client services in London. This was not only her first foray into capital markets but also as the only employee outside the US, for a start-up.

“My clients were all hedge funds, so it was a steep learning curve – I had to both learn about buyside capital markets and, at the same time, learn how to run a business,” she says. “It was exhilarating. I’m very hands-on so I got the opportunity to wear many different hats on the job. I became directly accountable for retaining clients and organically growing the business in Europe, and I eventually helped to set the company up for its expansion to Asia, just before it got sold (to Advent) in 2008.”

Bose-Mullick then went on to sharpen and expand her skillset at several different fintech companies where she “learned about investment banking, risk, and real-time trading. That’s probably the only time when I had a fixed plan – my mission, then, was to round out my general knowledge.”

This held her in good stead for her job at Thomson Reuters as senior business analyst and project manager working within the professional services team for the front office trading and risk practices, in the EMEA region. Her reach became global when Thomson Reuters acquired Refinitiv in 2018.

“When I joined Thomson Reuters in 2011, I really was able to appreciate what I got exposed to – the world of structured and unstructured financial data, which spanned market data, reference data, fundamentals, news, and economic indicators,” she adds. “I had access to a sea of information that showed me that there is an intricate, and sometimes fragile, interconnectivity between geo-politics, environment, war, monetary policy, currency and sovereignty, and banking. I spent nine years there and had only scratched the surface of what Refinitiv had to offer. But by then, I was itching to get back to entrepreneurship and that’s when the opportunity at SmartStream came about.”

She was hired during the global pandemic as a Global Product Manager for the RDU, and “the culture of the RDU is very reminiscent of my time at a start-up – very hands-on,” she adds. “The team have been amazingly supportive, and we’re starting to see the fruition of all our collective efforts. The RDU is nimble and it’s gratifying to see how our actions are positively impacting, not just our pipeline, but our relationships with internal stakeholders too.”

She enjoys the varied nature of the job and believes the role is “perfectly in line with my current ambitions – I have budgetary responsibilities that directly impact the vision and product strategy I set for new innovations, and the evolution of existing products and services. As a product manager with a global remit, I’m able to extrapolate which themes are common across geographies, so I look for trends and correlations, and a common one is how regulations skew the activities of market participants in a world where the line between sovereign jurisdictions can become quite blurred.”

One of the reasons why the RDU is so interesting, according to Bose-Mullick is because “reference data is everywhere: it’s ubiquitous, but most people who trade instruments don’t even know they use it. Without reference data, it’s like trying catch a fish with your bare hands; reference data is the fishing rod, fishing net or spear. How do you point out to someone what is at the end of their nose, and that it’s been there all along?” 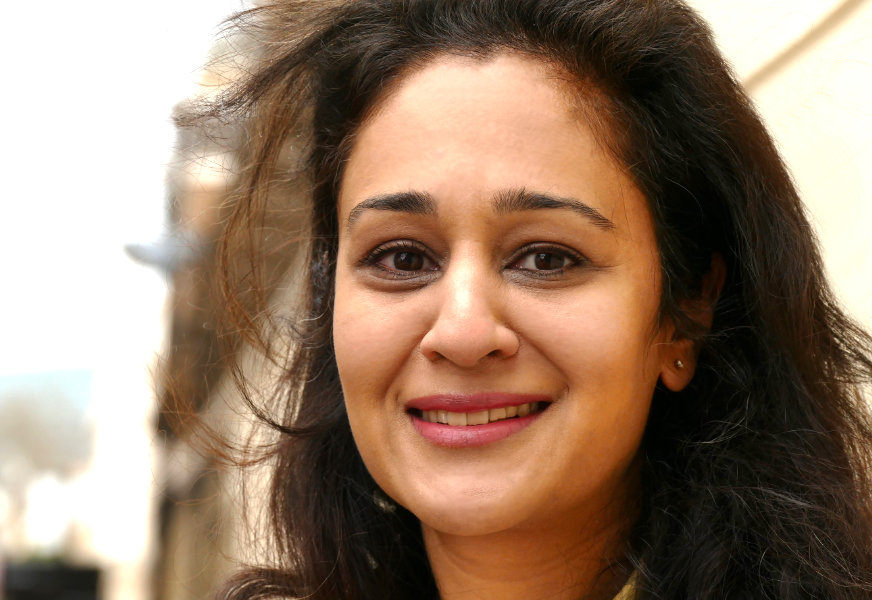 She adds that Smartstream is a supportive employer and that “Everybody is an expert. Everybody is hands on. It is a true meritocracy, and I celebrate that. I get a real satisfaction working directly with so many different stakeholders. I get to shape how we work, what we deliver, and ultimately, this means I can positively impact how we’re perceived both inside and outside the firm.

Linda Coffman, our EVP, often says that “we’re the land misfits” where all that subject matter expertise somehow condenses into some real innovative ideas, and my job becomes about tempering and giving shape to some of those ideas. That couldn’t happen without diversity and inclusion.”

Looking back over her career, Bose-Mullick notes that “cross-pollination” is a major theme. In other words – having transferable skills that are usable across industries and sectors. “I’ve discovered that just because you can do something, doesn’t mean you want to do it,” she adds. “I am a jack of all trades, and that has its benefits and deficits. At the RDU, I’m very fortunate to have found a home where I enjoy virtually everything I’ve been tasked with.”

Bose-Mullick is also happy that she did took “the roads less travelled.” Except for consulting where she found a less diverse environment, “I have worked for companies that have been built on meritocracy and where cronyism did not flourish. It is no coincidence that at SmartStream we would not have been as successful if we did not take D&I seriously. However, in finance or physics we shouldn’t still be taking about women in these fields but just people. I think we will get there in time.”

Her family is a case in point in terms of what can be achieved. “They are littered with talent,” she adds. “I belong to the third generation of women in my family who have completed a university degree – my grandmother had a maths degree. One of my aunts is 2nd generation, university educated, has two PhD’s – one in astrophysics and another in quantum mechanics, and amongst other things she advises the world energy council. We do (and live) what we know, so when you grow up with female role-models like this, you don’t see limits based on D&I in the same way.”

A new partnership, the ESG Working Group, has been formed to emphasise the importance of ‘socia ...

A rate by any other name MiFID II imposed extensive new reporting requirements, with the aim of ...