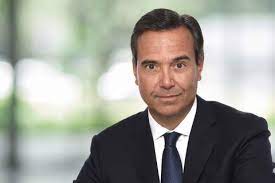 He will be replaced by Axel Lehmann, who joined Credit Suisse as chair of the risk committee from UBS last October.

The probe, which was finalised last week, by the Swiss banks’ board found that Horta-Osório broke quarantine rules as well as reports that he used the bank’s private jet for a personal holiday to the Maldives.

He said, “I regret that a number of my personal actions have led to difficulties for the bank and compromised my ability to represent the bank internally and externally. I therefore believe that my resignation is in the interest of the bank and its stakeholders at this crucial time. I wish my colleagues at Credit Suisse every success for the future.”

Horta-Osório was found to have breached the UK’s quarantine rules when he flew to London to watch the Wimbledon tennis finals on July 10 and 11 2021. At the time, Switzerland was on the UK’s amber list of nations facing restrictions which meant travellers were required to isolate for 10 days on arrival.

In late November 2021, he broke Switzerland’s newly imposed rules when he flew in an out of the country in three days instead of quarantine for 10 due to the Omicron variant.

According reports in Swiss newspaper Blick, Horta-Osório initially sought exemptions from both the local canton and federal government but was told he would receive no special treatment and would need to isolate for the full 10 days.

Horta-Osório, who was chief executive of Lloyds Banking Group, had been recruited to overhaul Credit Suisse’s strategy and restore its reputation after a series of scandals involving Greensill Capital and family office Archegos.

Lehmann said there will be no changes to management or the new blueprint which included strengthening its profitable wealth management unit and redirecting assets away from its trading floor. Part of the changes also saw the shutting of its prime services unit, which was at the centre of ties with Archegos.