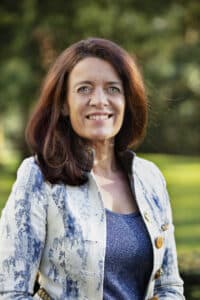 In the Matrix franchise Keanu Reeves plays Neo, whose name is an anagram for “one,” the One who will save humanity, and also means a new, freshly-born person who becomes aware of the Matrix. At the beginning of this year Dutch bank ING combined all its innovation activities into a new dedicated business area called ING Neo led by Annerie Vreugdenhil, previously Head of Wholesale Banking Innovation. She reports directly to ING CEO Steven van Rijswijk.

ING Neo was formed from the combination of three Amsterdam-based innovation departments – for the group, the innovation office, wholesale banking innovation and platforms and beyond banking.

Vreugdenhil, Head of ING Neo and Chief Innovation Officer at ING, says the previous innovation departments had worked closely together but were all very small teams with a lot of single points of failure. As a result, the bank needed to beef up all the teams through either hiring people in the same kind of roles or merging them together, which it decided made more sense. The reorganisation also led to the end of Benoît Legrand’s assignment as chief innovation officer and CEO ING Ventures after five years.

ING Neo is the same as all other business lines in the bank with a P&L, although it is too small to report on externally. “These days it is mostly an ‘L’ but we have the ambition to create income which is a big difference from where we were before,” says Vreugdenhil.

The bank appreciates that innovation can take a long time to reach the ultimate proof point of contributing revenues. However, other metrics ING uses to measure success include speed to market, uptake from clients, how often they use the product and conversion from registered users to active users.

An important part of Vreugdenhil’s role as Head of ING Neo is to create a new business for the bank and new services and products for clients. The group is focused on five areas – financial health, housing, disruptive lending, trade finance and ‘safe & compliant’ and she defined some criteria for innovation.

The first is that ING needs to have “a right to play”, which could come from the bank having a lot of knowledge on the subject or client groups that will be easily supported.

“We did stuff in the past, which was super exciting, very innovative and really cool, but we couldn’t bring it to our client group really easily,” she added. “We need to make something special which uses the strength of ING and the strength of our innovation.”

The second is that innovation should be in an area ready for disruption followed by  the addressable market or the market opportunity being big enough, which Vreugdenhil described as one of the tougher challenges for a bank  that is the size of ING. In addition, in some areas it is harder to innovate under a banking license, especially given that the customer due diligence is at a completely different level than other companies.

Vreugdenhil says, “Another really big issue that I’m regularly discussing with regulators is entity-based supervision versus activity-based regulation, which is what we are pushing for. I personally find that I’m getting quite a bit of traction with supervisors so the divide between fintechs and banks is becoming smaller.”

For example, ING has a couple of activities, especially in innovation, that are exactly the same as in tech start-ups. However, the bank has to conform with a plethora of banking regulation while tech start-ups face nothing of the kind.

“I get that we shouldn’t risk the bank, but I would love to have that problem with innovation initiatives,” Vreugdenhil adds.

Regulators are also concerned about reputational risk, but Vreugdenhil argues that banks get fined and innovation is very rarely the reason.

“Even our supervisor had to laugh when I says I don’t think we really need a startup to ruin our reputation,” she says.

However, one of the things that Vreugdenhil currently finds striking is that for a long time banks and fintechs were thought to just be in competition. Fintechs used to think of banks as “super-slow dinosaurs” but have come to realise that it is quite hard to create a big powerhouse. In some areas, such as payments, a lot of companies have bigger market caps than banks, but many fintechs are so niche that they are trying to partner with banks rather than fight them.

Vreugdenhil says a differentiator for ING is that it is one of the few banks that creates its own new companies and businesses. “Many banks are more focused on doing things internally, rather than purely externally, or in partnerships, but we do all three,” she says.

For example, one new venture that ING is bringing to market is CoorpID, a secure vault for corporates for storing and sharing corporate documentation among a  group of banks.

In addition, in June this year Stemly became the first spin-out from ING’s Innovation Lab in Singapore. Clients find it difficult to forecast their working capital, inventories and cashflow and Giuseppe Manai, a data scientist, joined the lab and built a machine learning tool to help large corporations make better forecasts by combining their own data with all kinds of external data.

Stemly will operate independently but continue to work closely with ING to commercialise its solutions and have access to the bank’s global network and financial services expertise. ING Ventures, alongside venture capital fund Elev8, the Singapore Economic Development Board New Ventures and other investors, plan to invest $2.5m into Stemly to enable accelerated growth and to pave the way for an independent future.

Manai, Stemly co-founder & co-CEO, said in a statement, “We are helping businesses save 10% to 40% of their cost of inventory and working capital – the equivalent of tens of millions of dollars in some cases – by embedding automatic machine learning in their forecasting and optimisation applications.”

Vreugdenhil joined ING in 1992 and has stayed as she has always taken on any challenges in her path. In addition, she says the bank has always been supportive of idea or opportunities for a new business or product.

“That has very much defined my career as I always had ideas about how we could do things differently or for a different market segment,” she says.

She described herself as having a natural curiosity about how things can be done better. For example, Vreugdenhil was one of the first people on the internet when it was just a local thing in Amsterdam and is also currently trying to fit in the time to learn to code.

“I am super-interested in what technology can bring to advance growth for companies and people,” she says.

Vreugdenhil originally joined to set up the Corporate Clients department in the Netherlands and views herself as having a very long wholesale traditional banker profile.

“I have been in relationship management many times in my career, I’ve been in finance type roles and what drives me is working with clients to help them reach their goal,” she says.

As a result, one of the reasons that she would recommend finance to women is that they make an important impact on clients, other people and companies.

Vreugdenhil has noticed that diversity is definitely improving since she started her career when she was often the only woman in the room. Although this still happens it is rare, and she believes banking has reached a stage in banking where there are enough women in the pipeline to have a choice.  There is also more acknowledgement of the value of having diverse teams.

“It is still harder to hire somebody who doesn’t look or think like you,” she says. “I have exactly the same issue and tend to find it easier to hire a woman than a man, because if I have a series of interviews I feel that we speak the same language.”

She explained that until about five years ago, 95% of the conversations she had in her professional and personal life were with men but she still finds it easier to connect to a woman.

“So men who have to hire women don’t have this practice and for them it’s even more of a conscious decision to overcome the natural bias that you connect more easily with someone who is like you,” Vreugdenhil adds.

She also believes that diversity is very important for innovation because creativity and different viewpoints are necessary to find the best solution.

“It is also crucial for developing technology and the way we work, for example, on artificial intelligence,” says Vreugdenhil. “It’s no secret that AI has a huge risk of bias which we try to eliminate as much as we can by having diverse teams.”

We are delighted to announce this year’s winners of the 2021 European Women in Finance Aw ...

The UK’s inaugural “green gilt” or bond sale enjoyed record demand, as the country albeit belat ...