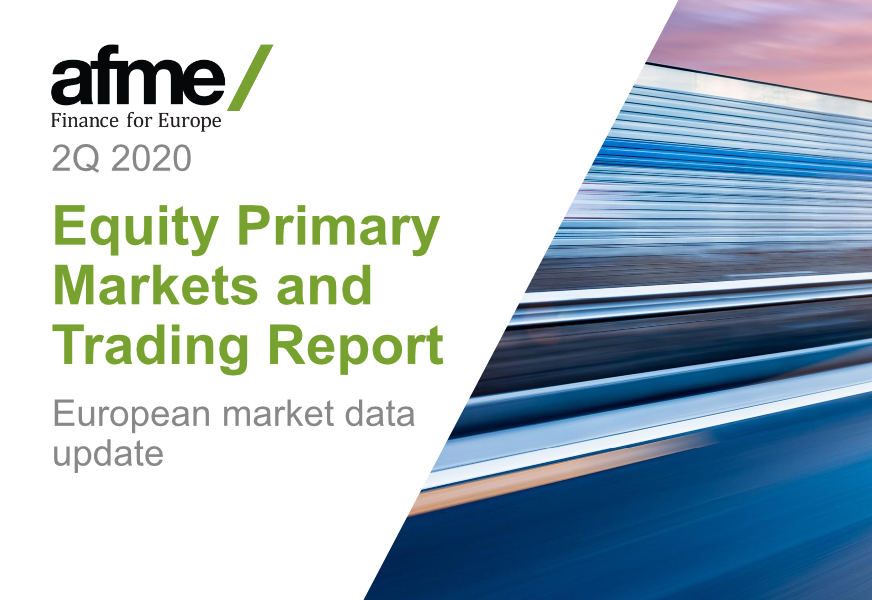 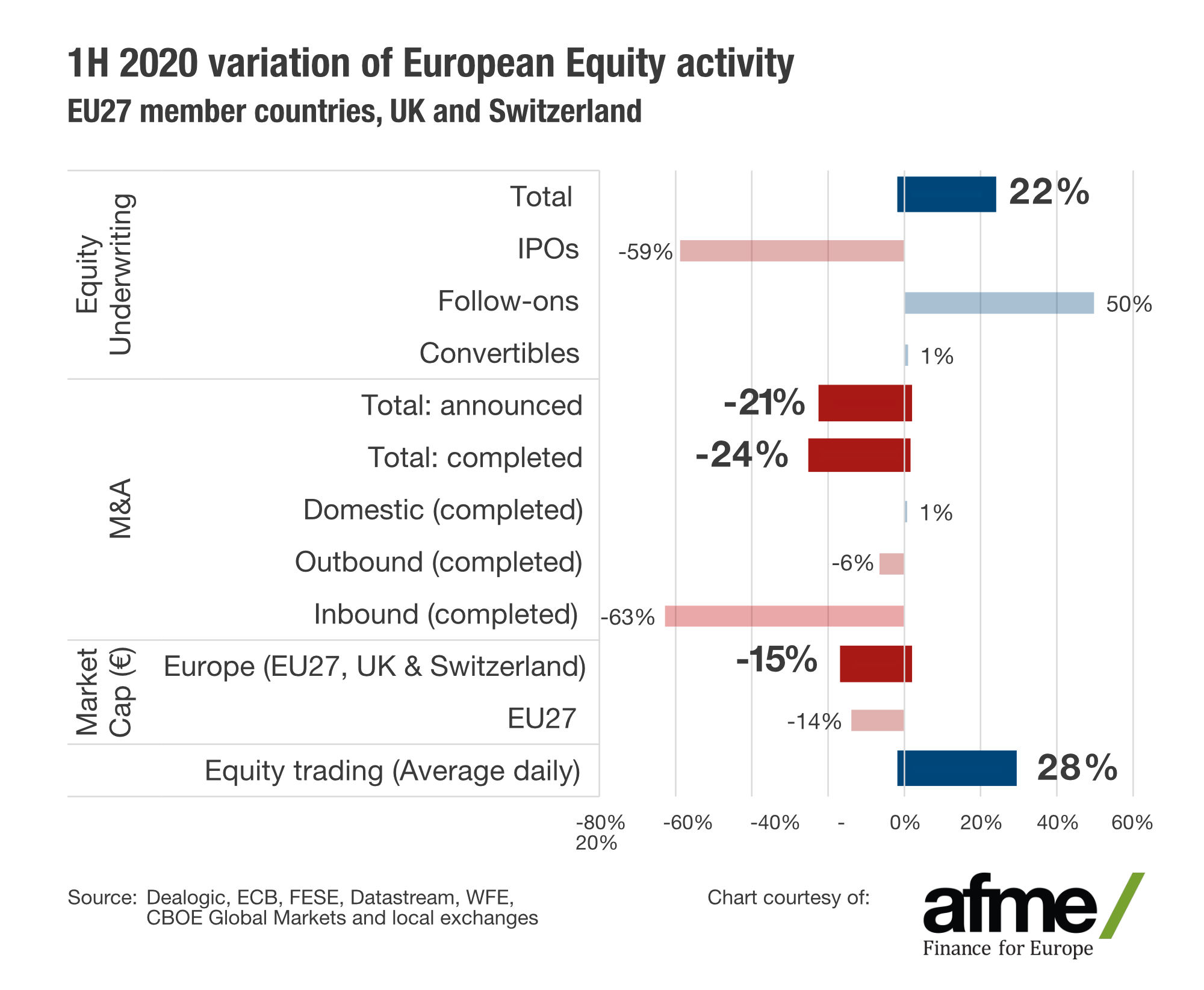 Initial public offerings (IPOs)  and mergers & acquisition activity were among the hardest hit in the first six months of the year due to Covid-19 while equity underwriting saw a year on year increase, according to the Association of for Financial Markets in Europe (AFME) first half report card.

The report showed that IPO issuance on European exchanges slumped 59% to €4.9 bn in the first half compared to the same time frame last year. It marked the lowest volume since 2009. This reflected global IPO activity which research from EY found slowed dramatically in April and May, with a 48% decrease by volume (97 deals) and a 67% slide in proceeds ($13.2bn) compared to April and May 2019.

Completed M&A of European companies also suffered, falling 24% to €331.2bn from €433.3bn during the same period last year. The decline was across most European regions except for Belgium. Netherlands and Luxembourg (Benelux) and Central Easter Europe.  It was mainly attributed to a reduction in cross-border deals.

Again, this mirrored worldwide trends where research from law firm White & Case revealed that the  total value of deals—both completed and pending—was $901.7 bn (€766.14), 53% below the same period the year before and the lowest half-yearly total since the first half in 2010. Volume, meanwhile, dropped 32% year on year, to 6,943 deals, the lowest half-yearly volume total since H1 2013.

By contrast, equity underwriting on European exchanges accumulated a total of €78.6 bn proceeds in the first half of 2020, an increase of 22% year on year from the €64.4 bn during the first six months in 2019.  The London Stock Exchange and AIM led the pack with €28.3bn, followed by Euronext exchanges and Deutsche Börse  with €14.5 bn and €10.9 bn, respectively.

The research shows that the number of instruments banned from dark trading has recently stabilised at between 300-400 suspended at the EU or trading venue level compared to the over 1,200 in Aug 2018.  Revoked suspensions of previously banned instruments have become, most recently, uncommon, and infrequent.

In addition, the average weekly turnover in the form of block trades (traded above the large in scale or LIS threshold) has also steadied to a quarterly total of €82.1 bn in the second quarter from the €134.7 bn first quarter this year.

According to bigXYT data, the percentage of dark traded as LIS blocks has stood relatively unchanged during the year at 30-40%.