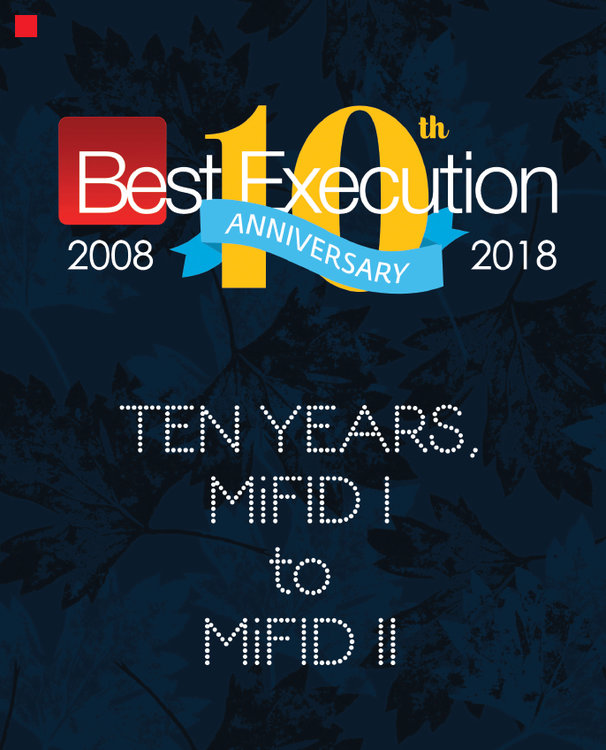 A DECADE OF CHANGE.

Long before the financial crisis wreaked havoc on stock markets and investment banks, MiFID I was being hatched in the hallowed halls of the European Commission. It was officially launched in 2007 with the aim to shake up the status quo in the equities landscape. However, as events the following year proved, much more work was needed to be done to corral the worst of the excesses and improve transparency.

MiFID I also did not create the promised single market in investment products and services because the 27 European countries had their own interpretations and moved at their own paces. Moreover, best execution was still seen as a tick-box exercise due to the wording of the directive which only required sellside participants to take all ‘reasonable steps’ to achieve their objective. Equally as riling, but common with all new rules, the process was an expensive exercise. A study published last year by Thomson Reuters showed that it not only cost more than expected but also took longer to bed down, as well as highlighting the need for a flexible business model.

Hindsight, of course, is always a wonderful thing and there is no doubt that MiFID I broke new ground in loosening the grip of the dominant stock exchanges. The introduction of MTFs such as Bats, Chi-X and Turquoise was initially dismissed but they soon proved their mettle and steadily chipped away at the market share of the large incumbents.

In fact, a report last year by the European Central Bank (ECB) showed that the share of equities trading on MTFs in Europe increased quickly from 0% of turnover in 2008 to 18% by early 2011. Although primary exchanges still accounted for the lion’s share of exchange-based equity trading in each country – around 60% in 2016 – MTFs comprised the remaining 40%. The irony of course is that they are now back within the stock exchange fold with Chi-X being acquired by the Chicago Board Options Exchange (Cboe) while Turquoise is part of the London Stock Exchange Group.

The dispersion of liquidity has been another major challenge. “The removal of the concentration rules under MiFID I was a good thing, in terms of competition, but one of the unintended consequences was the fragmentation of the liquidity,” says Dario Crispini, founder and CEO at Kaizen Reporting and former manager of the transaction monitoring unit of the Financial Service Authority between 2001 and 2010. “As the market evolved, this led to more complex trading strategies and high frequency traders and algorithmic trading which caused distortions.”

One of the most notable was the infamous ‘flash crash’ which was immortalised in Michael Lewis’ book Flash Boys. The US markets nosedived by 1000 points in record time due to hyperfast, computer-driven trading outfits, which now account for about half of all US equity trading, according to Credit Suisse. They also constitute a substantial chunk of all trades – between 20% and 40% – in the European, including UK, markets.

Not surprisingly, the advent of electronic trading and low touch tools changed the dynamics between the sell and buyside. “The buyside still values the sellside but it is from a different angle,” says Steve Grob, director of group strategy at Fidessa. “The relationship is being driven by technology, so they are still interested in the sellside kit – smart order routers, algos – but also in the wider execution consulting services they can offer. This means someone who is au faitwith technology, is on top of compliance issues and can also communicate clearly and in a timely fashion in terms of the different trading options that are available as market conditions change.”

Jeremy Davies, co-CEO and co-founder at RSRCHXchange also believes that the sellside will have a role to play in the more complicated trades. “Voice trading will always be used for the larger block trades or the complex multi-leg trades.” He adds, “However, the relationship has changed over the years and it has become more professional. I think both sides appreciate the synergies they can create together. For example, corporate entertainment has virtually disappeared since the global financial crisis and the focus is much more on the services provided and not who took me to the rugby.”

Tom Doris, co-founder and CEO of OTAS Technologies, a Liquidnet company, echoes these sentiments. “Trading desks were seen as a necessary evil and more of a clerical function,” he adds. “Today, head traders are actively involved in the investment process and are seeking to generate alpha. They have adopted a much more scientific way of trading and are systematically looking to eliminate the sources of friction. One reason is that algos have become more commoditised and the easy stuff does not require human judgement. This leaves them time to make judgement calls and apply risk management to the remaining and more difficult trades.”

While MiFID did have an impact on the buy and sellside connections, it was not the only factor. The credit crunch and ensuing regulations, such as Basel III and Dodd Frank, have had in many ways a more significant impact on the interactions between the two. The same can be said of technology. The original directive may have led to an increase in the number of cutting edge solutions, algos and services providers but the steady stream of post-financial crisis legislation triggered the fintech revolution.

In terms of MiFID itself, investment banks and exchanges were forced to bolster their infrastructure and enhance their data storage, connectivity and routing technology to comply. For example, the best execution requirement may not have been that stringent but financial institutions still had to store as well as retrieve data to attest to their commitment in trying to obtain the best outcomes. 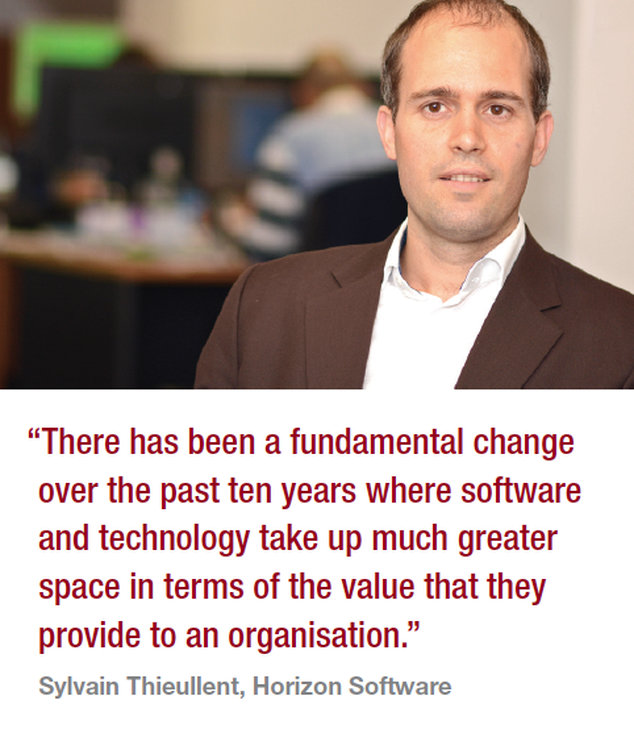 MiFID II of course. “When it went live, there was a clause in the directive that said a review would be held in two to three years but it took much longer than that,” says Crispini. “We knew there were gaps, especially in surveillance and transaction reporting. In the intervening ten years the credit crunch happened and that delayed the rewrite because the regulators thought there needed to be a much more comprehensive assessment.”