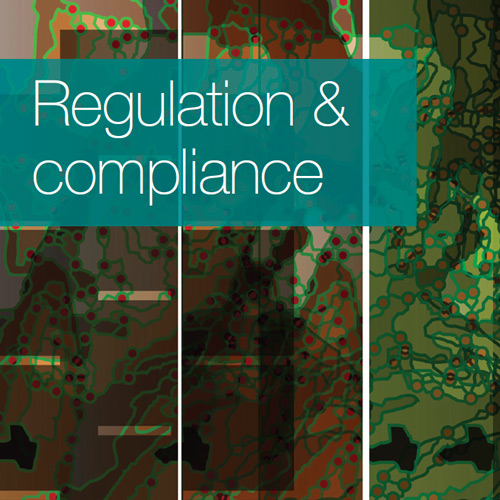 Many bankers and traders express concern about the revision of MiFID II. Some of those concerns are allayed by the delay to its implementation, pushing it back to January 2018. That creates more time to adapt to the changes as planned but firms may still find it difficult to meet the new deadline.

Pan-European regulatory body the European Securities and Markets Authority (ESMA) reported to the European Commission (EC), the European Union’s executive body in February 2016 that “neither competent authorities, nor market participants, would have the necessary systems ready by 3 January 2017.”

Andrew Bowley, head of Regulatory Response & Market Structure Strategy at sellside firm Nomura, says, “It is complex, so regulators do need time to get their heads round it, and the delay helps them as much as it helps us.”

The extension was not a surprise, having been forewarned by ESMA’s chief executive in November 2016. It took four months to become official. It was welcome, but the excruciatingly slow process of official confirmation was symptomatic of the bureaucratic mechanism.

The global head of fixed income trading for one of the world’s largest asset managers says, “The rules have been delayed at the EU level; we may not have clarity on those until April at the earliest. This will include details on topics such as pre-trade transparency and reporting requirements.” 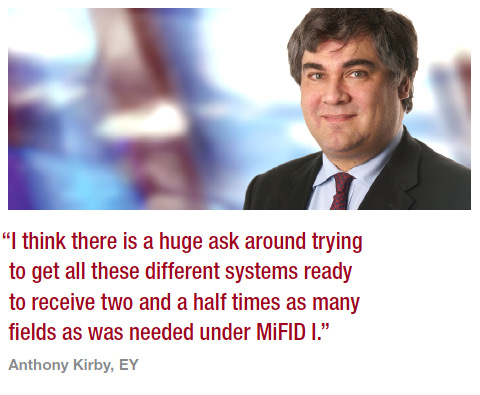 Anthony Kirby, director for Regulatory Reform and Risk Management at consultancy EY has set up a regulatory confidence score card to help clients identify the areas of MiFID II that they could proceed with on a relatively ‘no regrets’ basis.

“We look at MiFID II in terms of five areas of governance, of investment protection, of markets, of reporting and then finally third country,” he says. “In terms of areas like governance, certain governance, review of compliance, remuneration complaints, compliance controls – with the exception of remuneration which is affected by other issues – are relatively well defined. So we are expecting firms to be reasonably up to speed in those areas.”

However he says in areas like investment protection there are some important issues around target market assessment, treatment of inducement and treatment of research as well as best execution for non-equities.

The buyside head of trading says, “A large number of the rules that may be most impactful on our business – the investor protection requirements – will also be subject to national rule-making. It appears that national ‘transposition’ may be significantly delayed. Even with the delay, the timing will be challenging given the scale of changes.”

For example, buyside firms will have to provide clients with the costs and charges they pay in a simple manner, with a clear aggregate figure. In a 2015 piece of research, Oliver Wyman found that “more than 70% [of asset managers] do not yet have a developed value-for-money framework in place (that is a clear articulation, available to investors, of how they have delivered value for money).”

By exposing costs and charges the directive, and its accompanying regulation MiFIR, will potentially create competitive pressure, squeezing margins. Increasing transparency around market activity will make the investment and trading decisions that firms are making clear to the rest of the market. Consequently businesses are likely to use dark trading venues where possible, or to trade less. In fixed income, the introduction of post-trade transparency in the US between 2002 and 2006 led to a decrease in pricing dispersion but a drop off in trading activity for some categories of bonds, particularly high yield.

A 2013 academic study, ‘The Effects of Mandatory Transparency in Financial Market Design: Evidence from the Corporate Bond Market’ found the largest decrease in daily price standard deviation, was 24.7%, and the largest decrease in trading activity was 41.3%, occurring for a band of securities that consisted primarily of high yield bonds. Under MiFID II this will be compounded by pre-trade transparency requirements.

Ahead of the effects on market activity firms also need to establish how they will comply with the massive increase in the number of reportable financial instruments and a significant increase in the number and the types of transactions that need to be reported. Building a reporting system is complex, particularly for firms and instruments which were not subject to the regime.

“Most people are in the same position; there are a lot of questions being asked about this regulation,” says Bowley. “Fixed income is tough, but it’s even tougher when you get into the space around derivatives. How you do your reporting, your understanding with your systematic internaliser booking workflows, and market data workflows all drive off the back of how you classify and group derivatives. As that is not defined the industry is missing the starting point. With cash fixed income you have a product to define.”

The rules have clear economic ramifications for the sellside. Its best execution obligations and unbundling of the research and trading will compress the execution commissions that are payable as research is paid for separately. The requirements for storing of data including quote data were described as “gargantuan” by one sell-side head of FX trading and there is a cost associated with capturing and storing that information.

Speaking on condition of anonymity he said, “On the positive side everybody is as honest as they will ever be, which can’t be a bad thing. But on the negative side you have a lot of unintended consequences. In order to continue in what we are doing we need to drive efficiencies to ensure that we are able to meet these challenges.”

Of course, no firm is keen to put off the process of getting compliant. James Baugh, head of Pan-European Sales and Marketing at London Stock Exchange says, “Whilst the regulatory implementation is getting pushed out to 2018 clients still want to get this ready as soon as is practicable.”

For what can be done today to prepare, a lot depends on the interlinking parts of the rules and the capacity of firms to identify quick wins. That is a limited range says the buyside head of trading, because a significant amount of the details will be decided at the national level, and there will likely be differing approaches across the EU Member States.

“For example, approaches to inducements, dealing commissions and product governance (e.g. the target market), could lead to fragmentation,” he says. “This will pose further challenges because of the need for firms to implement inconsistently and to take decisions on their economic model over a short timeframe.”

Even with the delay there is the possibility that systems may not be ready by the start date, given the complexity involved in transaction reporting,

Kirby says “I think there is a huge ask around trying to get all these different systems ready to receive two and a half times as many fields as was needed under MiFID I.”

For market practitioners the challenge is multiplied – failure to comply would carry economic impact, as would making the wrong decision about setting up reporting systems.

“To deliver a programme and run it as a project is extremely difficult at this point with so much uncertainty,” says Bowley. “Firms want to get moving but there is very little they can do. They need to keep a momentum even if there is a delay, but in many areas there isn’t a starting point.”