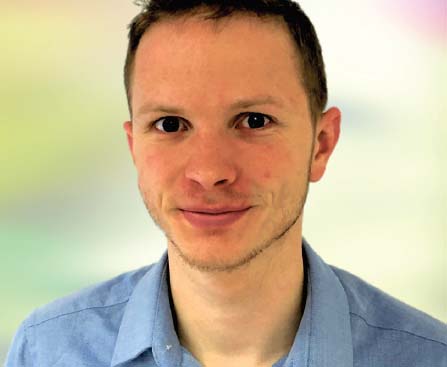 THE IMPLICATIONS OF A COMMON REGTECH AGENDA.

The push for increased transparency following the financial crisis has had an evident impact on the financial services industry. While it is in a safer place than before, the cumulative effects of multiple legislations and the inconsistencies therein have made regulation an imperfect game on both sides, as the recent MiFID II delay reveals quite well.

It is now being increasingly advocated that technology, applied in a collaborative and secure method, provides the best opportunity to achieve regulatory change more efficiently. Here we discuss the ways in which RegTech (regulatory technology) is already having an impact, and argue that with a concentrated effort from the regulators these technologies can be at the forefront of a revolution in the way policy is designed and implemented from now into the future.

As a regulatory think tank, the most prominent trend we have witnessed over the last decade is the increasing complexity of the regulatory landscape. Between 2009 and 2014, regulators published over 50,000 documents, more than a 500% increase compared to the previous 5 years.

The biggest burden has been the cumulative effect of overlapping regulations which do not share coordinated timelines or well-aligned agendas. Traditional approaches to managing the volume and multitude of regulatory changes have proven costly, slow and, in many cases, resulted in further complexity, confusion and fines.

However, recently emerging challenges such as Brexit, the Panama Papers tax scandal, and Climate Change, thrown into the mix make for a much more fatal concoction than there had been before. Now there is more urgency than ever to harmonise global standards for tax, risk reporting, and trading before policies fall through and financial institutions are grounded in unachievable requirements.

Fortunately, this build-up in complexity in recent years has coincided with the rapid development of emerging technologies such as big data, blockchain, and artificial intelligence, which have the potential to alleviate much of the regulatory burden.

Growing availability of large pools of data has been paralleled by the increasingly intelligent use of them. Big data advances are helping technologists provide solutions such as the enrichment of transaction data with market data to prove best execution compliance. New forms of artificial intelligence are utilising pattern recognition in trade flow monitoring for AML purposes to easily flag suspicious trends and trigger alerts to the right people in ways that manual processes never could.

Migration to the cloud is increasingly being seen as a cheaper and more efficient method to report to the regulators, particularly due to its dynamic attributes in an age of continually changing regulation. This movement is joined by the push for open data and data sharing (led by HM Treasury) accompanied by an open banking standard for the exchange of information – much needed for those measuring interconnectedness and systemic risk.

In their search for transparency, regulators have found blockchain a perfect match. Though distributed ledgers (the technology behind blockchain) may require further proofs of concept before competing with more established technologies, their potential to remove the need for intermediaries in the financial services ecosystem could simplify entire clearing and payments systems and counterparty risk.

One example is with smart contracts – which offer a self-paying, fully automated financial contract between counterparties that eliminate the need for any registration or verification. Regulatory requirements focusing on collateral, settlement and dispute resolution would all be solved with one computer protocol.

Observably, technology providers are cropping up across the solution base to bridge the divide between what firms have and what regulators expect to see. Regulators too are increasingly taking an interest; establishing innovation hubs, publishing position papers, and signing collaborative agreements with one another. As it stands, RegTech offers a world of exciting possibilities.

As interest from across the industry has accumulated, many actors – particularly technology providers – have been calling for standards to be put in place before interoperability issues prevail. Regulatory agendas for innovation will likewise require harmonisation before they too diverge and lead us astray from the foundations required at the start of this new field.

In order to address the standardisation issue at its heart, regulators could harness these new technologies to establish a policy hub, or semantic ontology, that centrally hosts the entirety of their legal document library in a common digital format. For regulators, the more jurisdictions hosting their rules in the hub, the more of them can be mapped to one another and compared, revealing gaps and duplicate requirements in regulatory regimes that can subsequently be realigned.

With the power of rule-based algorithms and an open API to map the rules onto any firm’s internal organisational structure, firms can query what obligations they are subject to and what functions need to change. Regulators could conduct detailed impact assessments on the effect of proposed policies across the industry before they are implemented. Serving as a standardised language for regulatory requirements the hub could then be used as the basis for new industry standards for RegTech initiatives such as blockchain and open data, fuelling their widespread adoption.

From the viewpoint of firms, one of the major roadblocks to migrating from the predominantly manual processes currently used towards a holistic and common approach to compliance, such as that described above, is the risk involved with doing so. “I don’t think we can overstate the hurdle that legacy issues represent. Fixing them and getting to a point where data can be provided easily and readily is hard and costly.” said Mark Braddock, commercial director at RecordSure.

Fortunately, this could not be a better time for pushing the RegTech agenda forward – observers are now noticing that the MiFID II delay has given firms the time to reduce their “tech debt” (inferior aspects of the technology environment, resulting from firms being forced to rush to meet tight compliance deadlines) and amalgamate their reactive processes into cross-organisational databases with more dynamic and comprehensive compliance engines.

In this dynamic regulatory landscape, the use of digital policy to provide interoperability standards and serve as a platform for the innovative yet harmonised use of new technologies is an agenda that we can all get behind. It is these foundations that need sorting first.